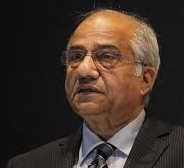 Justice B N Srikrishna  pursued his law degree from the Government College of Mumbai and his masters from University of Mumbai. He started in practice in the Bombay High Court as a counsel specializing in the Industrial and Labour Laws.

He was appointed as an Additional Judge in the Bombay High Court in 1990 and became a permanent judge by 1991. He headed the "Srikrishna Commission" that investigated causes and apportioned blame for the Bombay riots of 1992–93.

In 2001, Justice  Srikrishna was appointed as the Chief Justice of the Kerala High Court and on 3 October 2002, was appointed as a Judge of the Supreme Court of India. Currently he is the chairman of the Financial Sector Legislative Reforms Commission (FSLRC) and also works as an Independent Arbitrator.